Five hundred years after the rise of the Great Henge, drought, starvation, and plague descend over the Salisbury Plain as the evil priest, Nordumaal rides into the village of Wilton. Gwain of East Down must find a way to free his fellow plainsmen from the curse cast over the plain by the priest and end his reign of terror. Children of Pleiades, Rise of the Henge #1 on Amazon

Lloyd Pilling Tosoff’s novel Children of Pleiades, Rise of the Henge is at #1 for Movie Tie ins on the Amazon Best Seller List.  This ancient historical supernatural tale is a two part series with The Curse of Nordumaal coming in April 2021.

The Curse of Nordumaal set for release April 2021

The second book in the Children of Pleiades series is set for publication on the heels of book one, Rise of the Henge in April 2021, Both titles will be featured in a major ad campaign in Publishers Weekly Magazine through March, April and May 2021. This is Lloyd Pilling Tosoff’s sixth and seventh novel, respectively and both are aiming at Amazon Best Seller status. Rise of the Henge was released on February 6, 2021 and has already attained commendable best sellers rank in advance of the planned official promotional campaign. 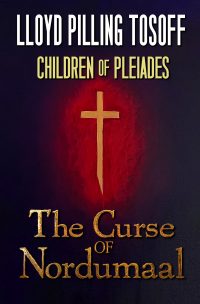 Listen to the Author Reading From Children of Pleiades

Lloyd Pilling Tosoff narrates an excerpt from the opening chapter of Rise of the Henge.